Critical Commentary on the Novel – The Daily Mail Review (June 1, 1897)

“The recollection of this weird and ghostly tale will doubtless haunt us for some time to come. It would be unfair to the author to divulge the plot. We therefore restrict ourselves to the statement that the eerie chapters are written and strung together with very considerable art and cunning, and also with unmistakable literary power. Tribute must also be paid to the rich imagination of which Mr. Bram Stoker here gives liberal evidence. Persons of small courage and weak nerves should confine their reading of these gruesome pages strictly to the hours between dawn and sunset” (364).

“…while Count Dracula was speaking, there was that in his eyes and in his bearing which made me remember that I was a prisoner, and that if I wished it I could have no choice. The Count saw his victory in my bow, and his mastery in the trouble of my face, for he began at once to use them, but in his own smooth, restistless way…” (37).

“I could feel the soft, shivering touch of the lips on the supersensitive skin of my throat, and the hard dents of two sharp teeth, just touching and pausing there. I closed my eyes in a languorous ecstasy and waited – waited with beating heart” (43).

“This was the being I was helping to transfer to London, where, perhaps, for centuries to come he might, amongst its teeming millions, satiate his lust for blood, and create a new and ever-widening circle of semi-demons to batten on the helpless. The very thought drove me mad” (53-54).

Images from The British Library

“This is the first edition of Dracula, published on 16 May, 1897, by Archibald Constable and Company, London, and priced at 6 shillings.” 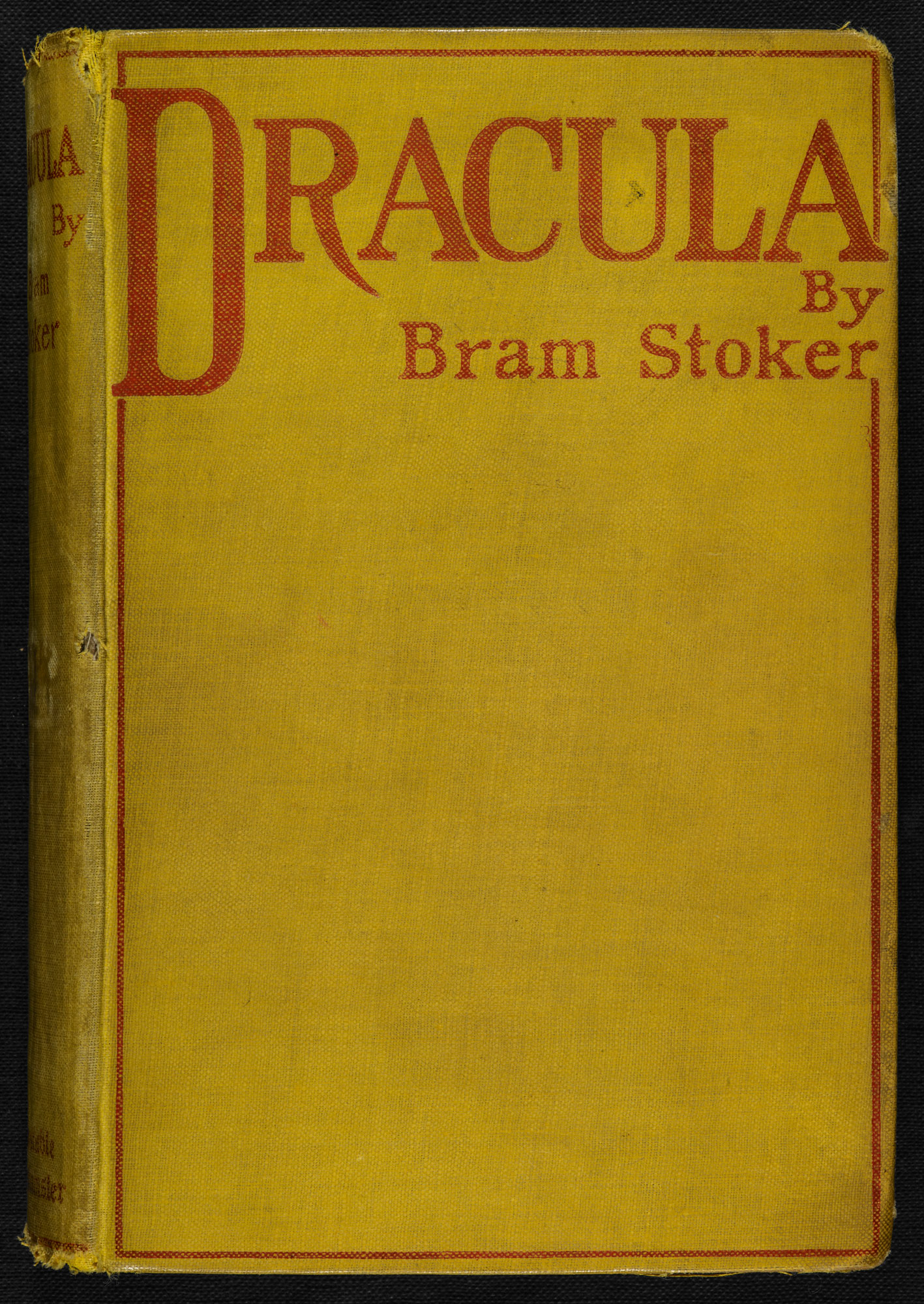 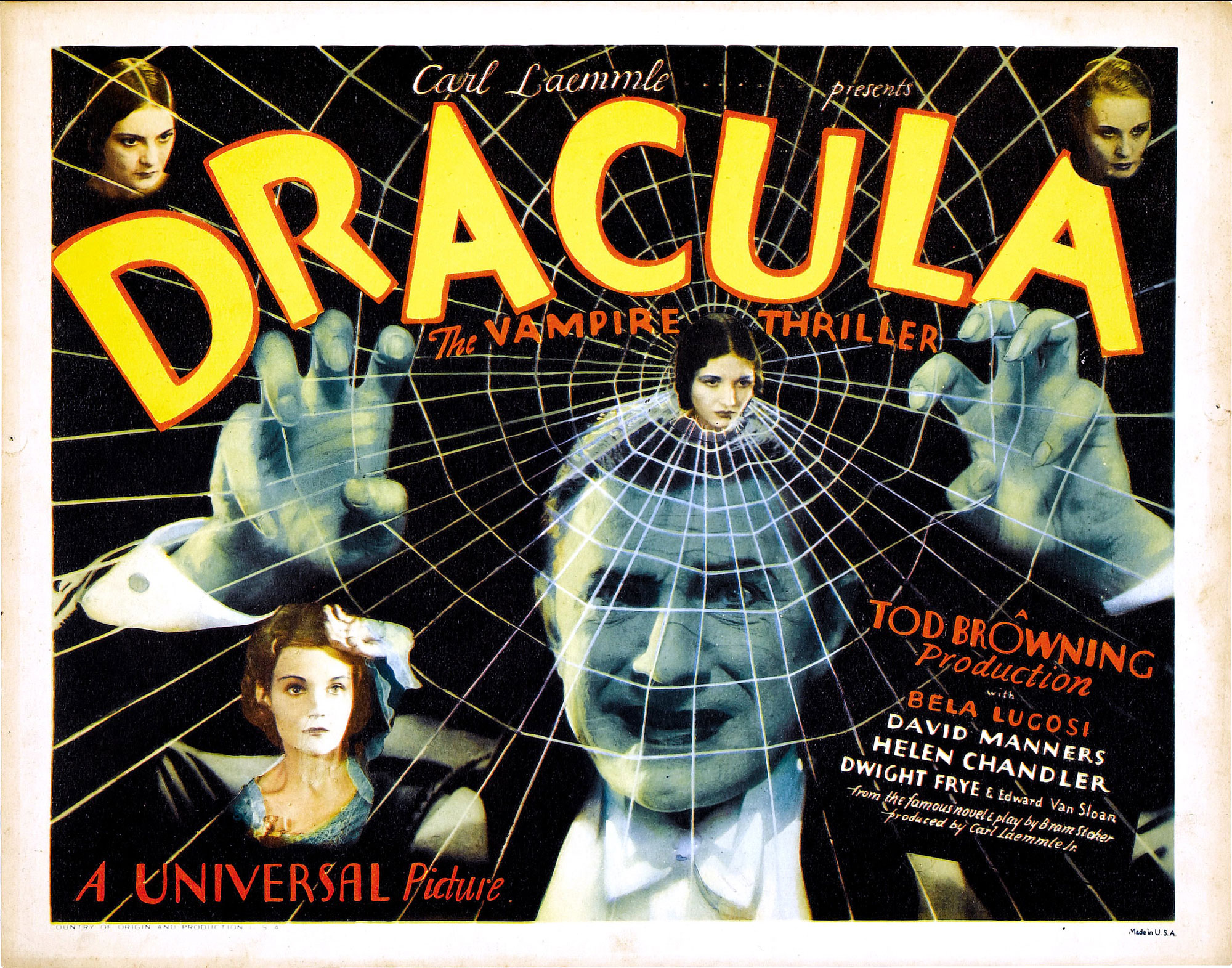 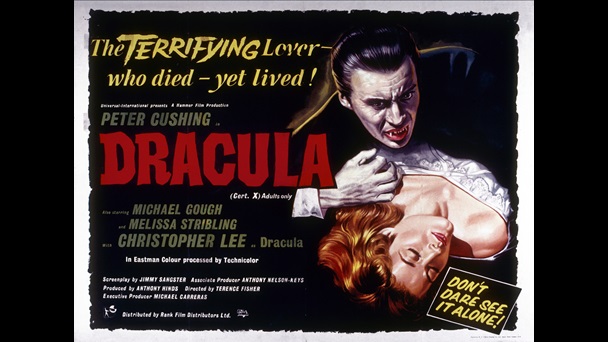 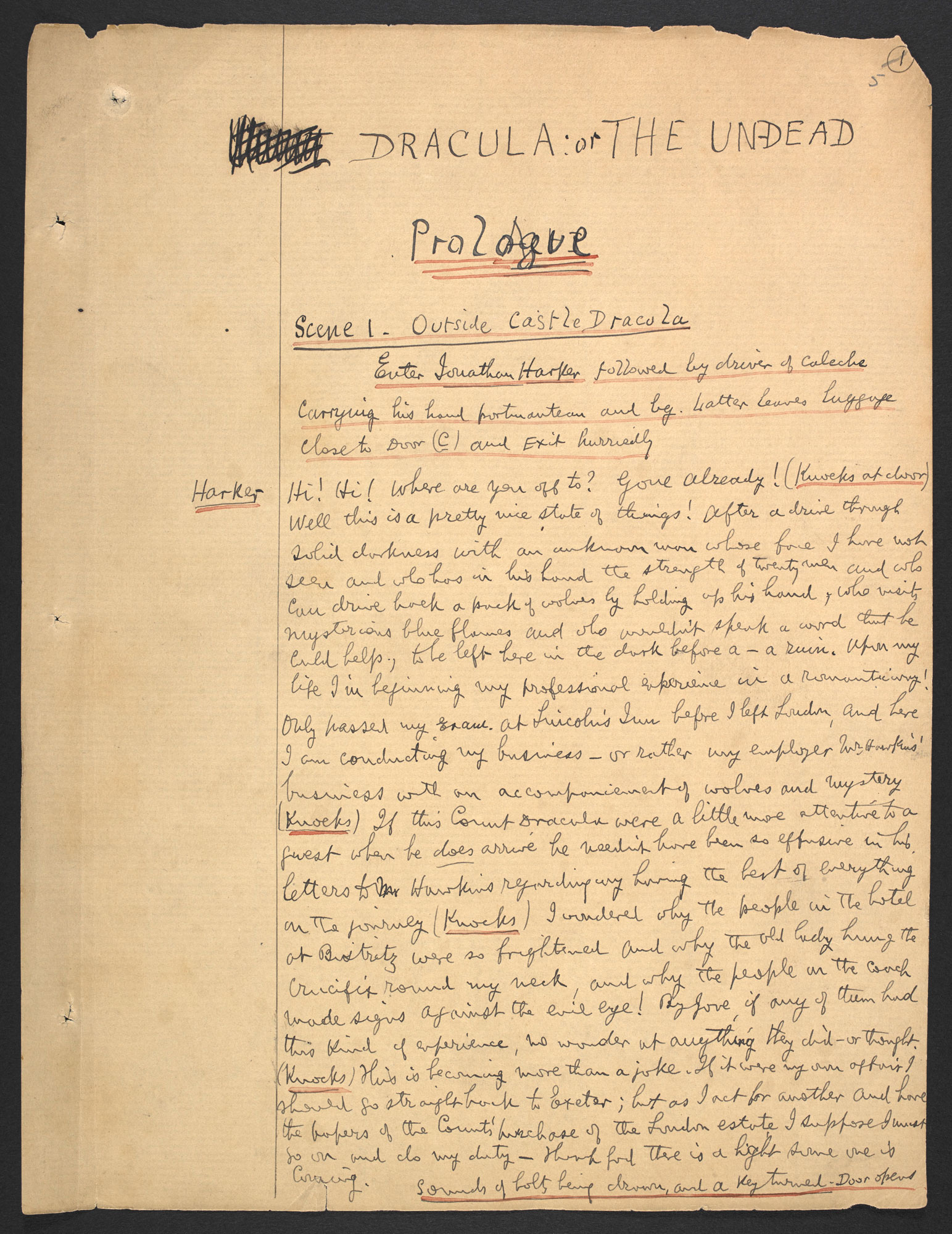 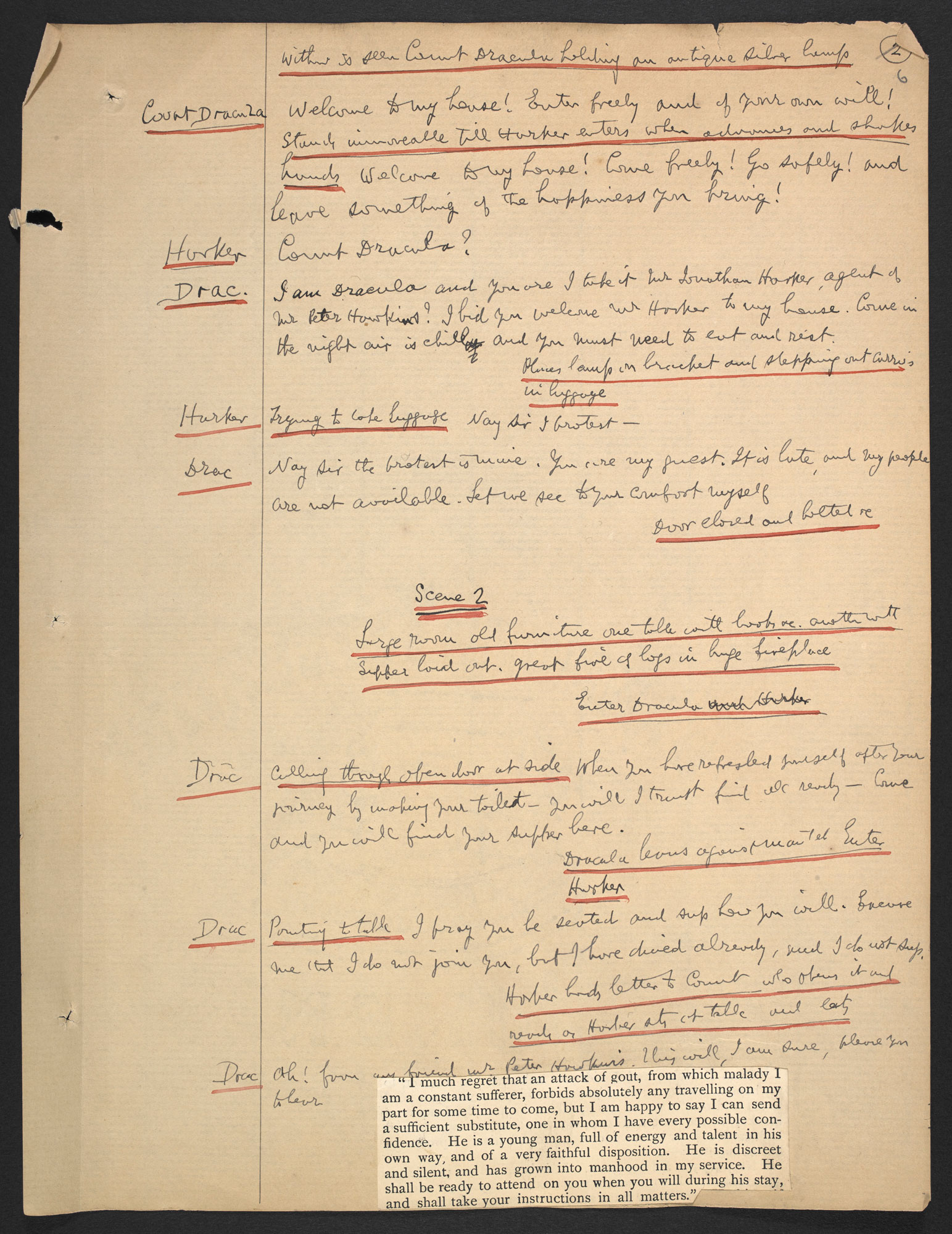 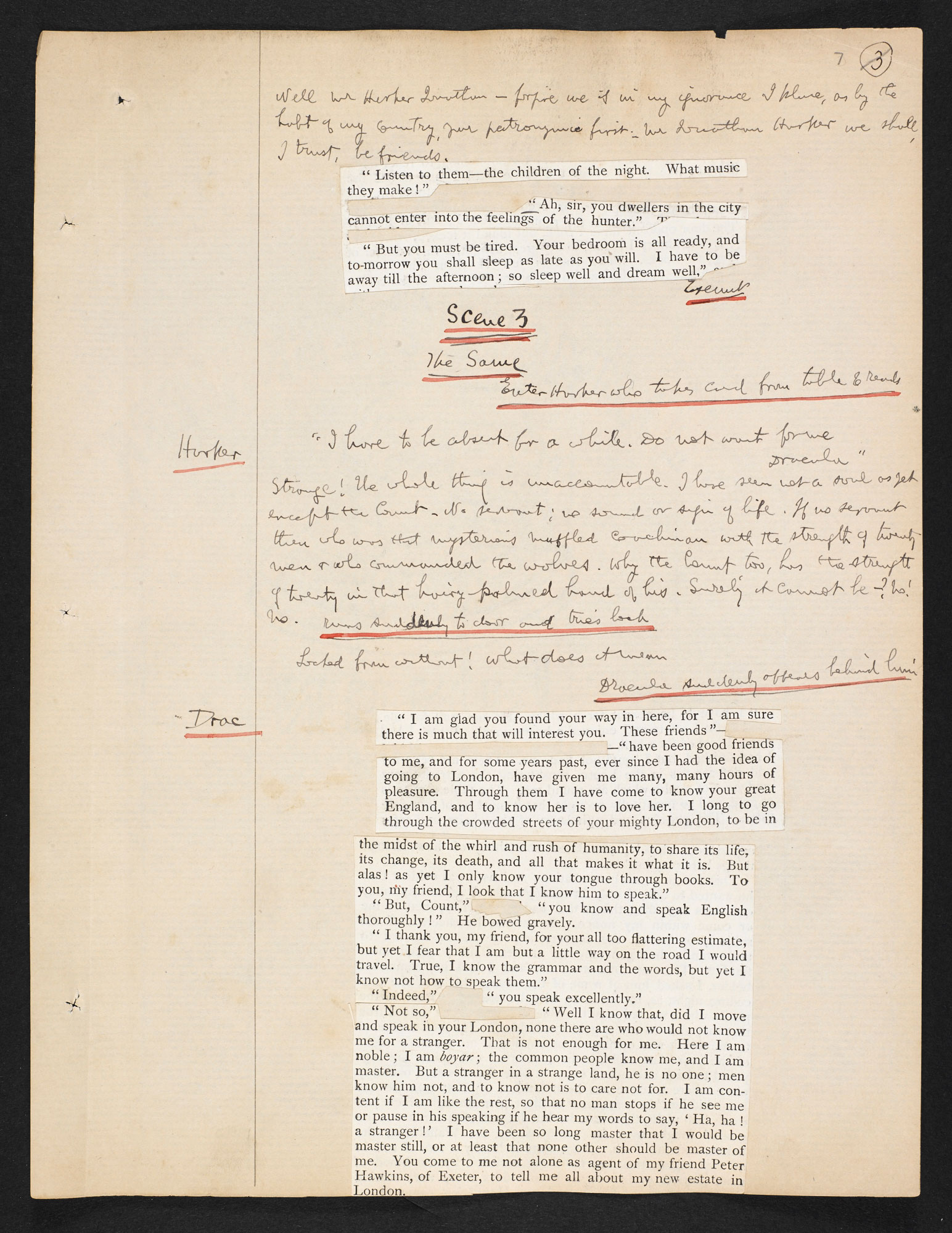 “His face was turned from us, but the instant we saw we all recognized the Count – in every way, even to the scar on his forehead. With his left hand he held both Mrs Harker’s hands, keeping them away with her arms at full tension; his right hand gripped her by the back of the neck, forcing her face down on his bosom. Her white nightdress was smeared with blood, and a thin stream trickled down the man’s bare breast which was shown by his torn-open dress. The attitude of the two had a terrible resemblance to a child forcing a kitten’s nose into a saucer of milk to compel it to drink” (247).

“He has all along, since his coming, been trying his power, slowly but surely; that big child-brain of his is working. Well for us, it is, as yet, a child-brain; for had he dared, at the first, to attempt certain things he would long ago have been beyond our power. However, he means to succeed, and a man who has centuries before him can afford to wait and to go slow” (264).

Critical Commentary on the Novel – From Transylvanian Superstitions by Emily Gerard

“There are many reasons why these fabulous beings should retain an abnormally firm hold on the soil of these parts; and looking at the matter closely we find here no less than three separate sources of superstition…First, there is what may be called the indigenous superstition of the country, the scenery of which is peculiarly adapted to serve as background to all sorts of supernatural beings and monsters…Secondly, there is here the imported superstition! that is to say, the old German customs and beliefs brought hither seven hundred years ago by the Saxon colonists from their native land, and like many other things, preserved here in the greater perfection than in the original country. Thirdly, there is the wandering superstition of the gypsy tribes, themselves a race of fortune-tellers and witches, whose ambulating caravans cover the country as with a network, whose less vagrant members fill up the suburbs of towns and villages” (332).