My artifact is the annual medical report of the Kent County Lunatic Asylum in the year ending in July 4th, 1853. Specifically, I looked at information on admissions, deaths, and discharges, the civil condition of admitted patients, the forms of mental disorder in patients admitted, and the occupations of admitted patients. I noticed a few important details to note when analyzing these tables. First, there were more females than males in the asylum during this time period. Also, most men and women in the asylum were married people. Most of the patients’ religion was “Established Church,” meaning there was a strong sense of faith. A strong majority of the patients can read and write; the most common occupations for men were labourers and the most common occupations for women included servants, wives/widows/daughters of labourers/mechanics, or no job at all. The biggest reason for care during this time period was “Acute Mania,” which is the second stage of mania.

This artifact is important to discuss because of the information it reveals about the patients that were admitted and receiving care in this asylum. I chose these specific tables because of the information it tells me about the lives of the people in the asylum. I wanted to know more than numbers; I wanted to know what they were suffering from, what their life was like before entering the asylum, their religion, education, marital status, occupation, etc. After reading Jane Eyre, the character of Bertha Mason sparked an interest in me. I am curious to see what her life would have been like if she had been in an asylum, instead of Rochester’s home with private care. Since these records are from a similar time period as the novel was published, I thought they would be a nice place to start. I am also compelled as to what admitted them into the asylum in the first place; in other words, what diseases/illnesses were deemed worthy of treatment in this way? Similarly, I think these documents speak to the main idea of our course: monstrosity. Were the people in this asylum outcasts and therefore isolated from society? What caused others to view them in this way? 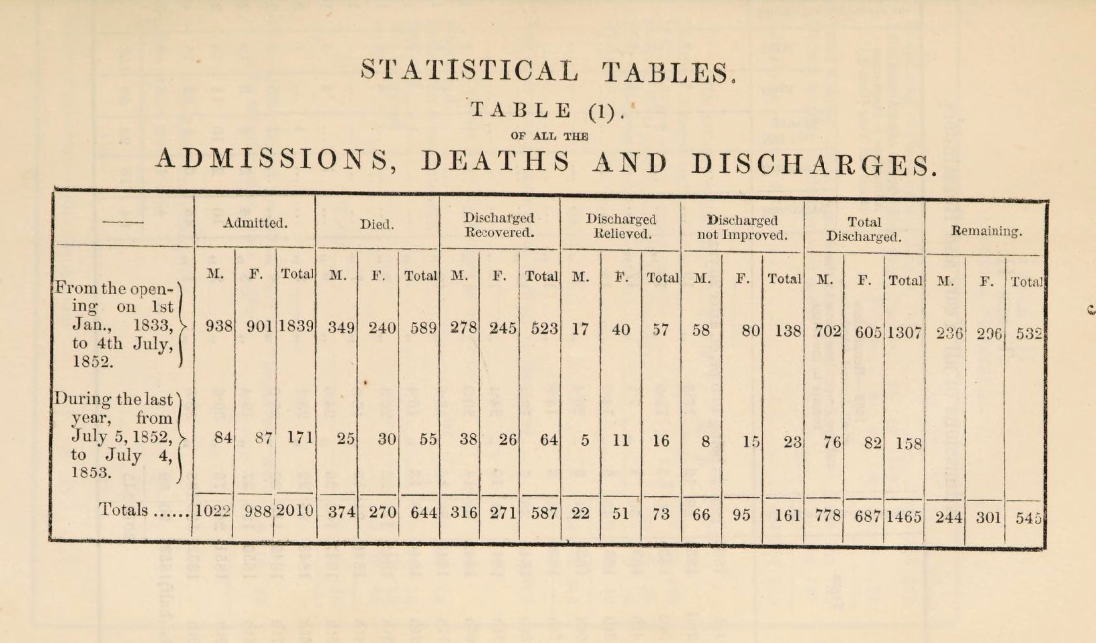 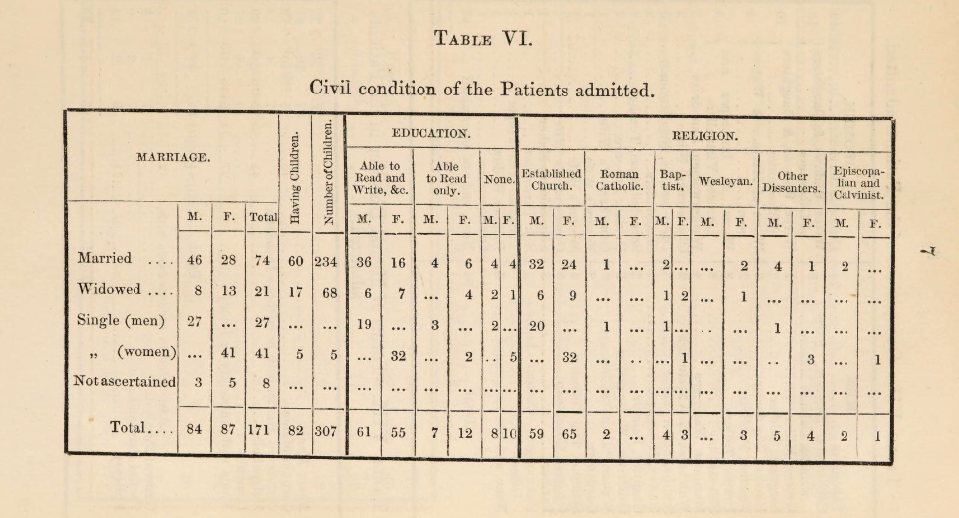 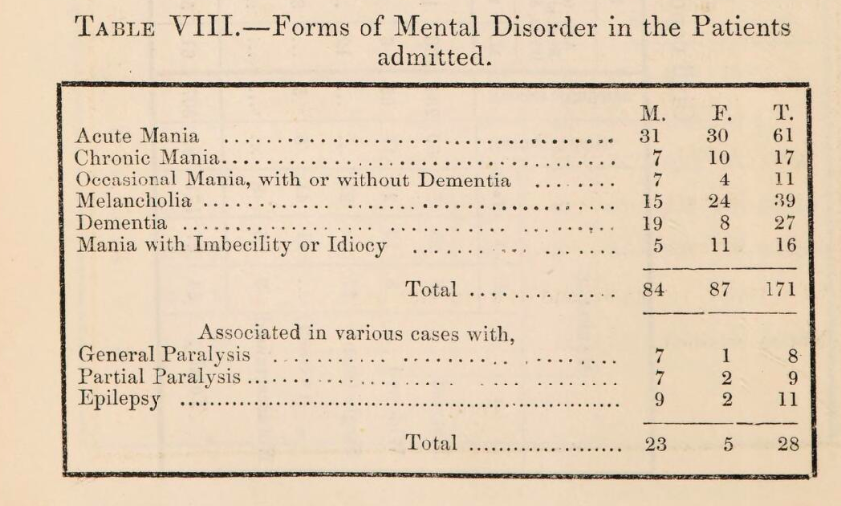 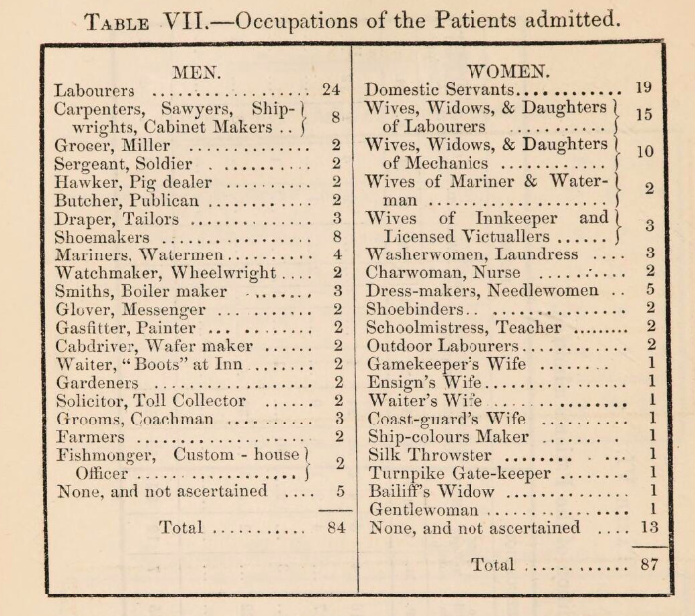