Just this past week, in the midst of March Madness, the NCAA (National Collegiate Athletic Association) faced an overwhelming amount of criticism after being exposed by Sedona Prince, a female basketball player, who posted a video on her social media. Sedona Prince posted this video on several of her social media accounts, showing the “weight room” (pictured above) that the women athletes were given compared to the expansive weight room men are provided with. The video shows that women are simply given a rack of a few weights, while men receive a room filled with dozens of weight machines and lifting equipment. The video also explains that after seeing the video, the NCAA came out with a statement that the women do not have much weight equipment due to lack of space, which Sedona clearly disproves in the video. Since this video has been released, the NCAA has publicly apologized for this unequal treatment and provided women with a fairer weight room, seen here and below. 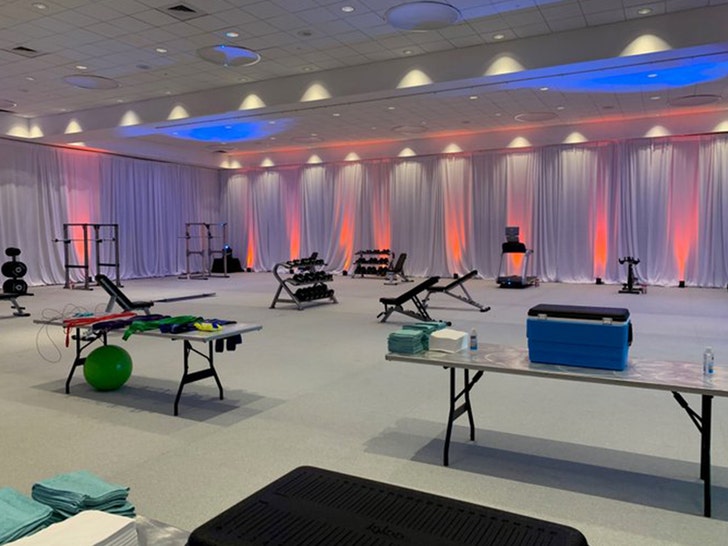 NCAA officials acknowledged what they called a “blemish” in their tournament efforts.

“We fell short this year in what we’ve been doing to prepare,” Lynn Holzman, the NCAA’s vice president of women’s basketball, told journalists Friday. She said the NCAA was “actively working” on improving the women’s facilities, including exercise facilities and food.

When things like this come to light, it makes me sad and shocked to see that unequal treatment between men and women is still so prevalent today. Women athletes are still actively discriminated against. One of the hardest parts for me to come to terms with is the women that are part of the administration of the NCAA that knew of this treatment and did not try to change it until after the world found out about it. The statement above comes from the vice president of NCAA women’s basketball, a woman herself, who explains that they “fell short.” How can we, as a society, fight for women’s rights when not all women are on board? This act of “falling short” resulted in just another public example of the ways in which women’s athleticism, strength, and power are not legitimized because men are the only ones prioritized. It is disgusting and upsetting that this is still happening in 2021.