A Quote from Strange Case of Dr. Jekyll and Mr. Hyde

“‘It can make no change. You do not understand my position,’ returned the doctor, with a certain incoherency of manner. ‘I am painfully situated, Utterson; my position is very strange – a very strange one. It is one of those affairs that cannot be mended by talking'” (46).

An image and quotation found at the British Library. Originally taken from “The Nemesis of Neglect” from Punch. 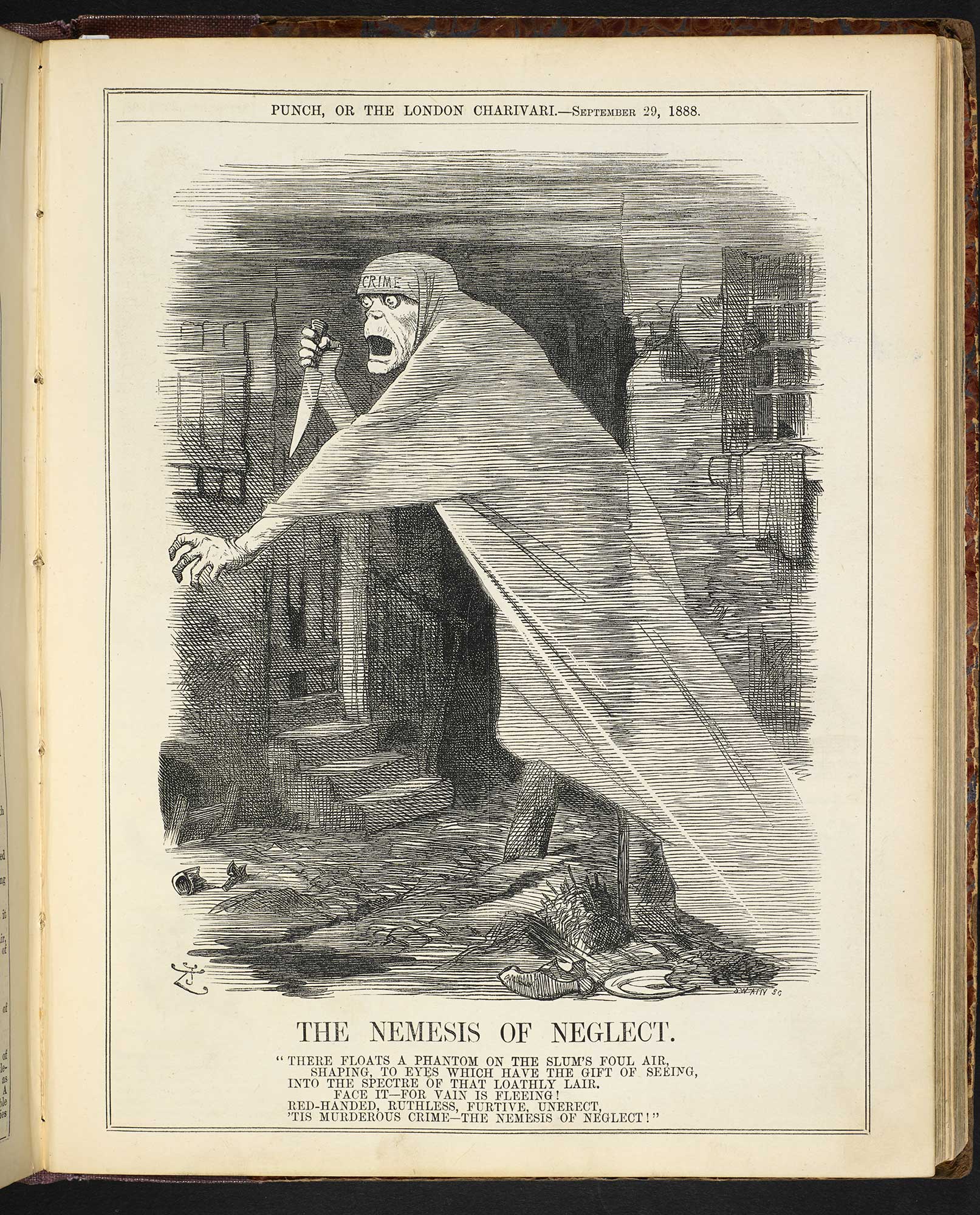 “This illustration from the satirical magazine Punch in 1888, accompanies an article about the slums in London, entitled ‘The Nemesis of Neglect’. The caption reads:

There floats a phantom on the slum’s foul air,
Shaping, to eyes which have the gift of seeing,
Into the Spectre of that loathly lair.
Face it – for vain is fleeing!
Red-handed, ruthless, furtive, unerect,
‘Tis murderous Crime – the Nemesis of Neglect.”

Critical Commentary on the Novel – Unsigned, The Times (25 January 1886)

“Stevenson evolves the ideas of his story from the world that is unseen, enveloping everything in weird mystery, till at last it pleases him to give us the password. We are not going to tell his stange story, though we might well do so, and only excite the curiosity of our readers. We shall only say that we are shown the shrewdest of lawyers hopelessly puzzled by the inexplicable conduct of a familiar friend. All the antecedents of a life of virtue and honour seem to be belied by the discreditable intimacy that has been formed with one of the most callous and atrocious of criminals. A crime committed under the eyes of a witness goes unavenged, though the notorious criminal has been identified, for he disappears as absolutely as if the earth had swallowed him” (134).

A Quote from Strange Case of Dr. Jekyll and Mr. Hyde

“The pleasures which I made haste to seek in my disguise were, as I have said, undignified; I would scarce use a harder term. But in the hands of Edward Hyde, they soon began to turn monstrous…It was Hyde, after all, and Hyde alone, that was guilty. Jekyll was no worse; he woke again to his good qualities seemingly unimpaired; he would even make haste, where it was possible, to undo the evil done by Hyde. And thus his conscience slumbered” (80-81).

Pictures taken from The British Library, “Illustrations to Strange Case of Dr Jekyll and Mr Hyde, 1930″ 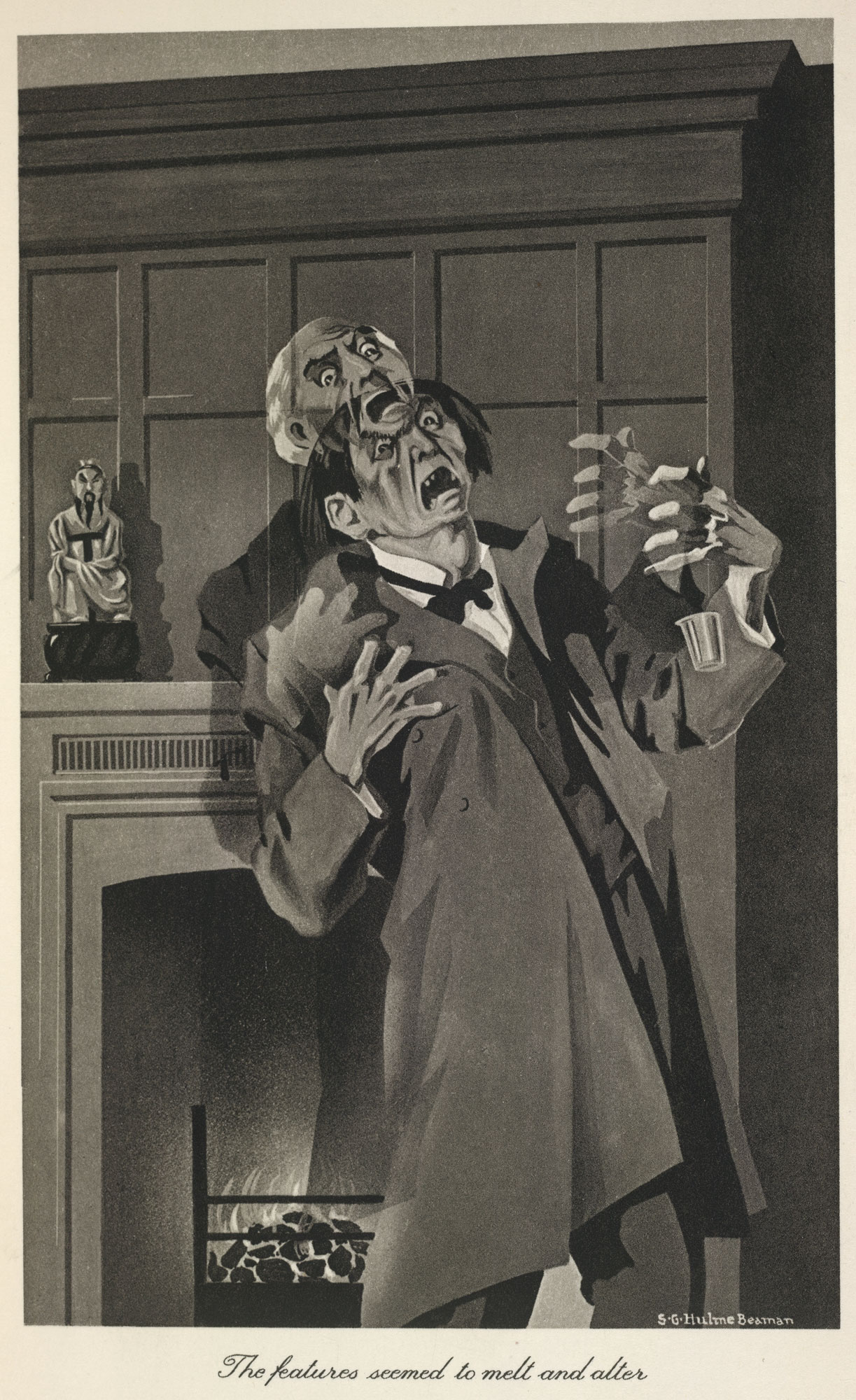 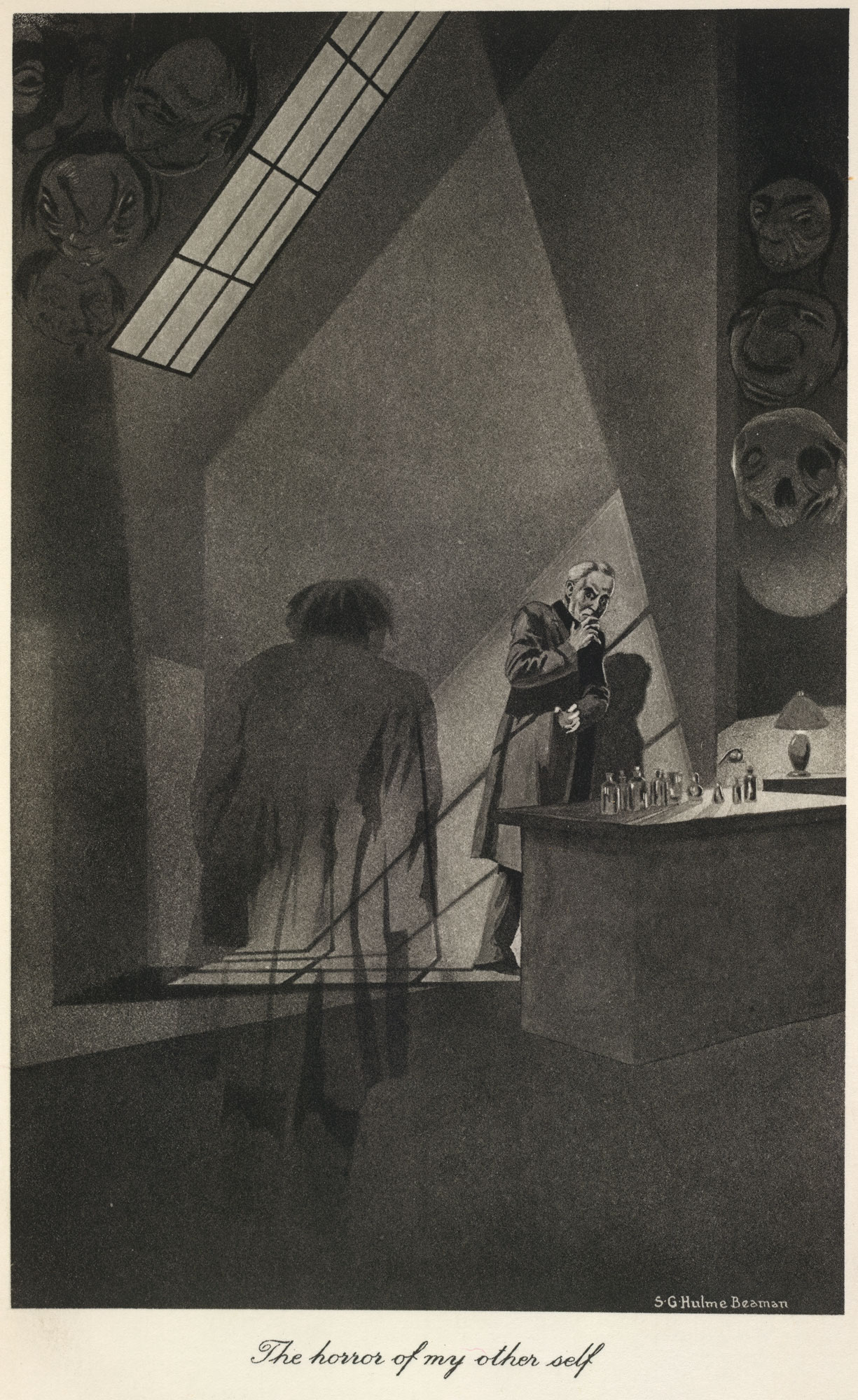 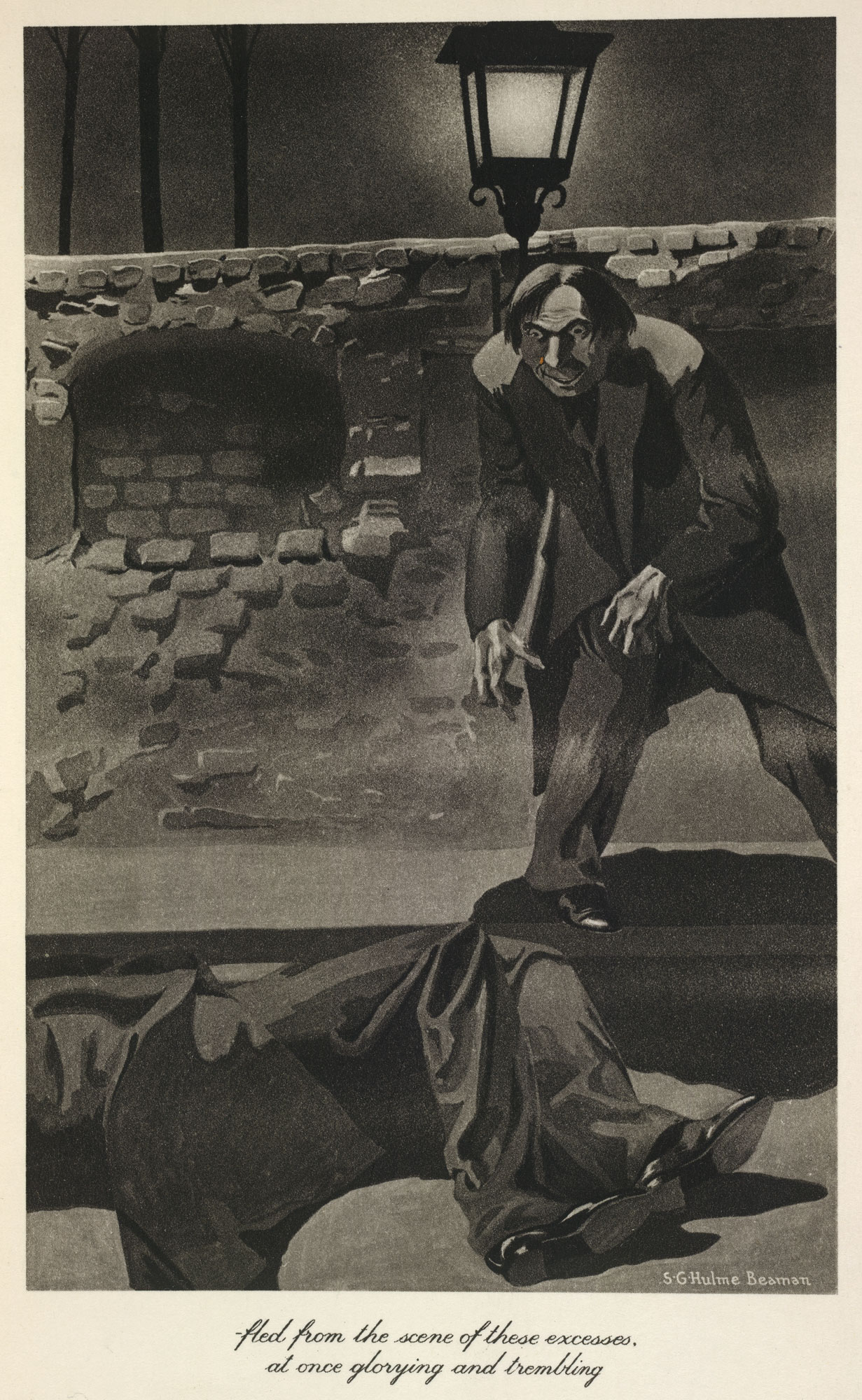 A Quote from Hyde the Hero: Changing the Role of the Modern-Day Monster

“Instead of rejecting the Gothic monster, these works embrace Hyde and make productive use of his violence to thwart other, greater threats to humanity. The transformation of Hyde into a heroic figure rather than a villian suggests a demand and desperate need for a monster that can combat these larger evils. Because the monster hero has fewer moral qualms and enhanced physical abilities, he is an effective, strong fighter. Acting as a saviour, the monster hero also has to some extent, humanity. The human within the monster – his compassion, sympathy, and caring – encourages him to act on behalf of others rather than for himself, propelling him to hero status” (239).