When discussing this question, I think that in order to identify the need for intersectionality, it is important to look at this storm on the Capitol versus the BLM protests this past year in terms of police response. CNN sums up these police responses here. 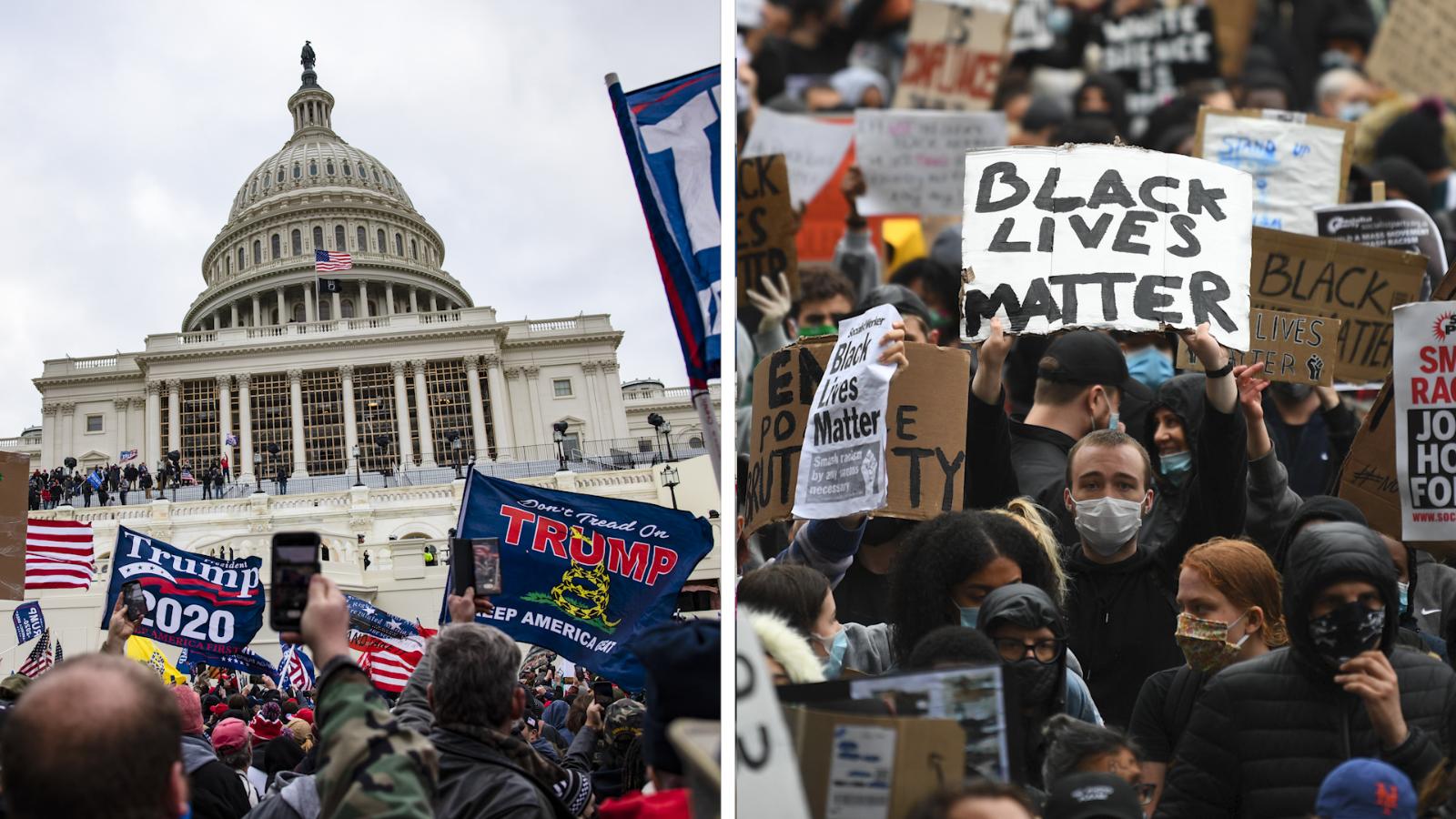 When people in the Black Lives Matter rallies were fighting for human rights and justice, they were beaten and given an extreme, aggressive response from police.

“‘When Black people protest for our lives, we are all too often met by National Guard troops or police equipped with assault rifles, shields, tear gas and battle helmets,’ the group said in a statement. ‘Make no mistake, if the protesters were Black, we would have been tear gassed, battered, and perhaps shot.'”

“Before Trump made his remarks at the Rose Garden last June, police near the White House released tear gas and fired rubber bullets at protesters in an effort to disperse the crowd for the President’s planned visit to the St. John’s Episcopal Church. Earlier in the day, Trump had encouraged the nation’s governors to more aggressively target protesters in their states.”

“protesters in Washington, DC, repeatedly faced tear gas. Many were detained. One protest led to 88 arrests. By comparison, Metropolitan Police Department Chief Robert Contee said [during the storm on the capitol] that police have made 52 arrests — 26 of which were made on US Capitol grounds.”

But, when the people that stormed the Capitol last month were threatening marginalized populations and spreading disinformation, the police did next to nothing.

“A livestream video of the Wednesday’s events appears to show a Capitol Hill police officer taking a selfie with a rioter inside the building.”

“Pro-Trump protesters pushed past metal fences and breached the US Capitol building, walking throughout the complex for several hours.”

This distinction highlights the need for intersectionality almost clearly; considering all aspects of the people involved in these two events (race, status, gender, etc.) will help us to see the differences in the ways in which these two groups are treated by societal forces and institutions (like police).

Because it is extremely clear that the mostly white population, seen BELOW, is treated much differently than…